We arrived in Salinas with five suitcases and nothing more, so we had to buy many items to make our home livable.  I have been disappointed in several items that we had purchased and below are some of them.

I never really looked to see what this ironing board was made of, but after about three uses the tip started to sag a bit, then it became almost a joke to try to iron on it.  The photo shows just how much the tip of the board dips when just sitting. It is like a ski slope (and I’m not talking the Bunny Hill either). When you try to iron, it is leaning so far forward that it actually wants to tip over. My suggestion if you decide to buy one is to get the metal one. This obviously is some sort of wood and with the steam of the iron it started to warp and slant towards the floor. 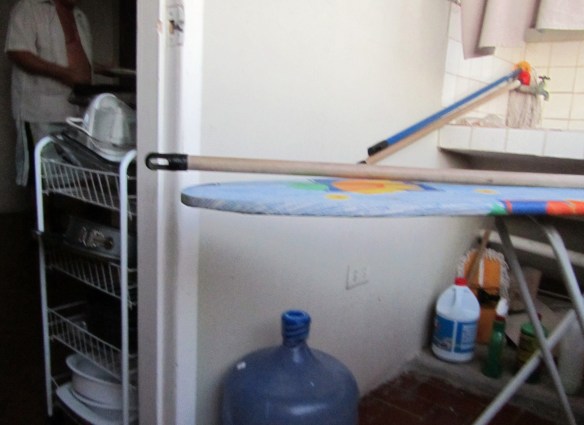 Now these chairs looked like they were sturdy and functional for our computer table. I don’t think we had them two days when the first one started to sag a bit and after about 2 months the second one did the same. 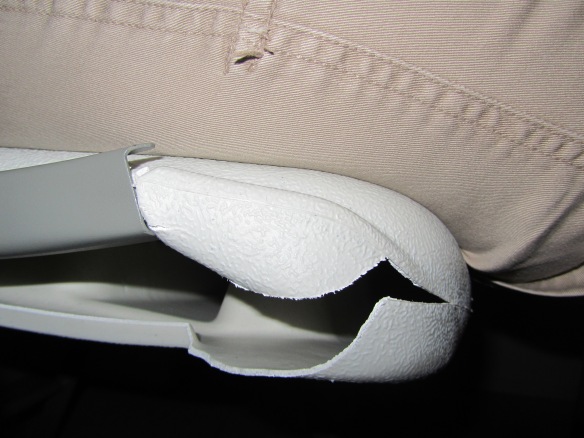 My suggestion is not to buy either of these products as you will be very disappointed.

5 thoughts on “Things not to purchase at Hipermart”