Also called Catedral Matriz or Cathedral of the Immaculate Conception this church is the seat of the Catholic Archdiocese for Montevideo.  What a simple building.  Outside it is a modest looking building but once inside you are transported to another time.  It is not the most opulent church we have visited but it has been maintained in pristine fashion and the side altars are just breathtaking.

We arrived just as noon mass was starting in one of the side altars. The main part of the church was open to visitors. 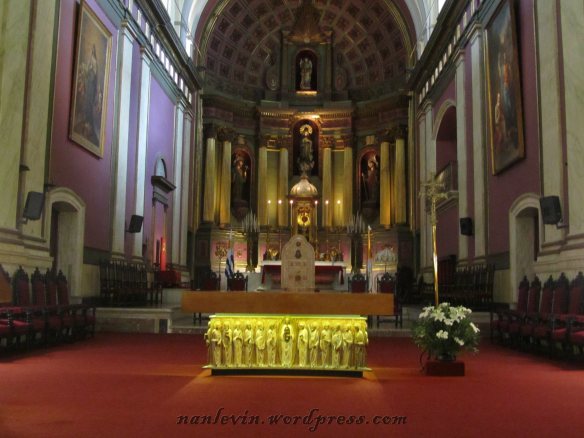 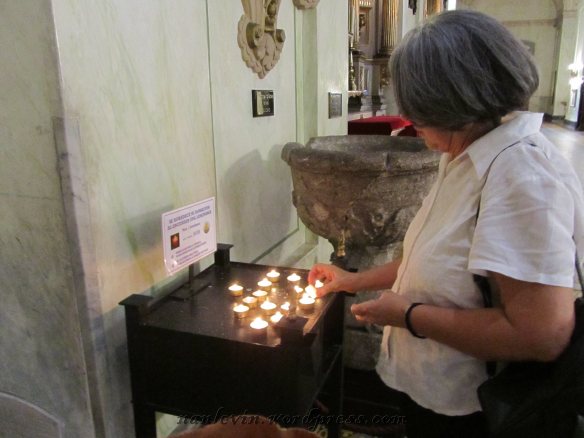 Lighting candles for both sets of parents.  May God Bless you, Mary Ann, John, Stacie and Joe  RIP. 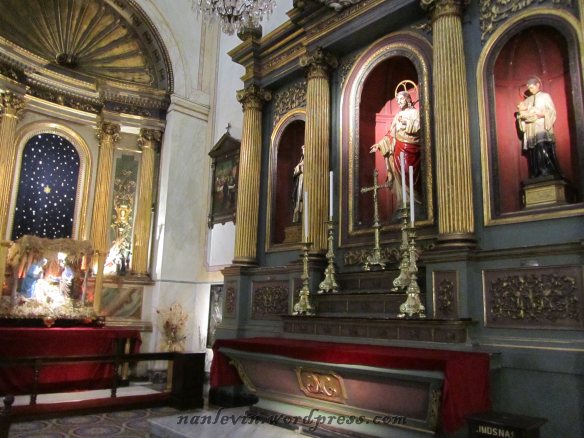 Inside the cathedral are the tombs of some of the important figures in Uruguay’s history, these include religious figures and soldiers who died during the British invasion.  The tomb above holds the body of Mariano Soler one of the Archbishops of Montevideo.

Just one of the beautiful buildings here in Montevideo.